The Medieval Villa of Alquézar in the Comarca of Somontano

It is located on the banks of the Vero River and on the foothills of the Sierra de Guara Natural Park and Canyons.

Alquezar is full of history and legends. The castle that gives its own name to the town is from the 9th century, when it was first built by the Muslims to resist against the Christian kingdoms.

Currently, its historic center is the historical and artistic set of monuments and the Collegiate Church of Santa Maria the Major, formerly a castle, and now classified as a National Monument. Its medieval past is still alive in its streets, in its houses, in the Gothic gateway to the main square and in its 17th century museum. You can also find samples prehistoric paintings and art in the caves of the Cultural Park of the Rio Vero.

The Collegiate church and medieval village stands on the Vero River Canyon, a unique enclave of wild beauty in which it is still possible to go back in time while crossing its narrow streets, crossing the wall of the Collegiate and even hear old legends of maidens and Moorish kings …

Declared as an Artistic Historic Site, this villa offers the possibility of reliving the distant medieval past by visiting its most iconic streets and corners. For instance, the Gothic gateway to the old town or even the old Plaza Mayor, which is a square full of arches where each house has a different architectural aspect.

Following the route of the streets, at the top is the Collegiate Church of Santa María la Mayor, located where the old Muslim fortress used to be and which remains impregnable, protected by walls, albarrana towers … This monumental collegiate church has seen the over the centuries and different artistic currents, left their mark. Of the primitive Romanesque temple only the atrium decorated with historiated capitals is conserved.

Later, in the 14th century, the Gothic cloister was built, which takes advantage of and integrates the Romanesque arcades. The current church – Colegiata was built in Gothic-Renaissance style in the sixteenth century.

Of the importance and great racking of Alquézar also speak the remains of dams, mills and nearby bridges, such as Fuendebaños or Villacantal. Constructions that stand out as much for their quality as for the grandeur of the landscape in which they are registered and that, through numerous signposted routes, you will be able to discover…

Activities you can do 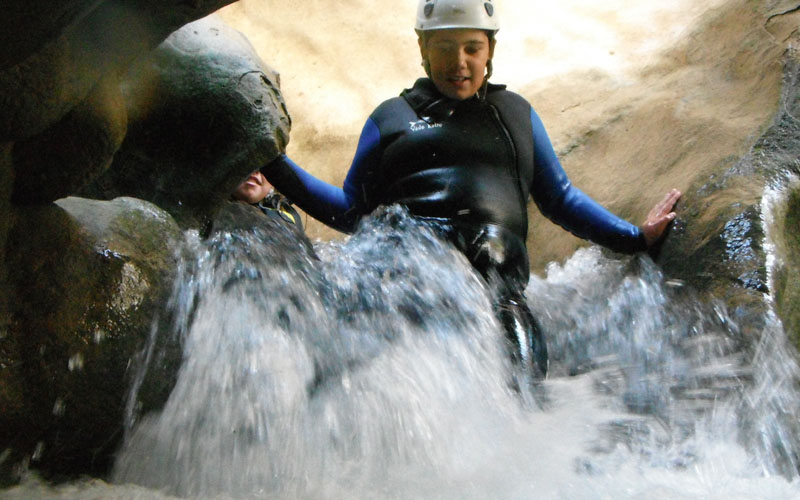 Crossing the various canyons that the Sierra de Guara offers us. Going by the river through passages, chaos of rocks, rapids, slides, jumps, rappels... 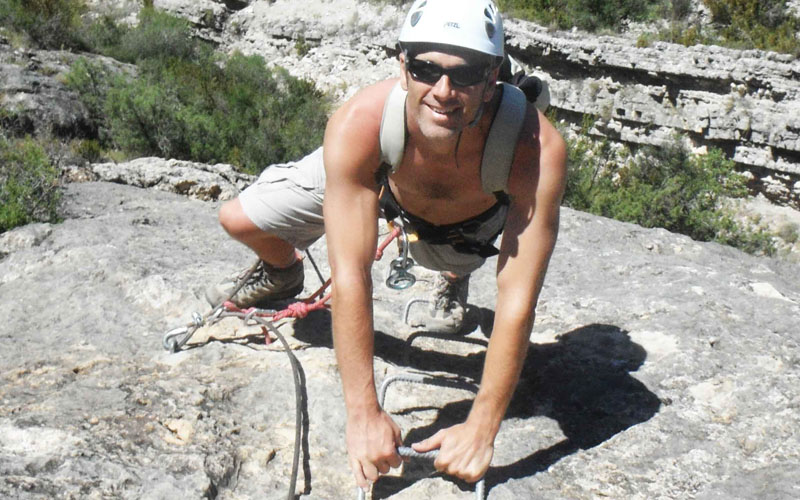 Discover the feeling of climbing mountains in a different way, with a view you have never experienced before. Climbing vertical walls progressing thanks to iron rungs and spikes hammered into the rock... 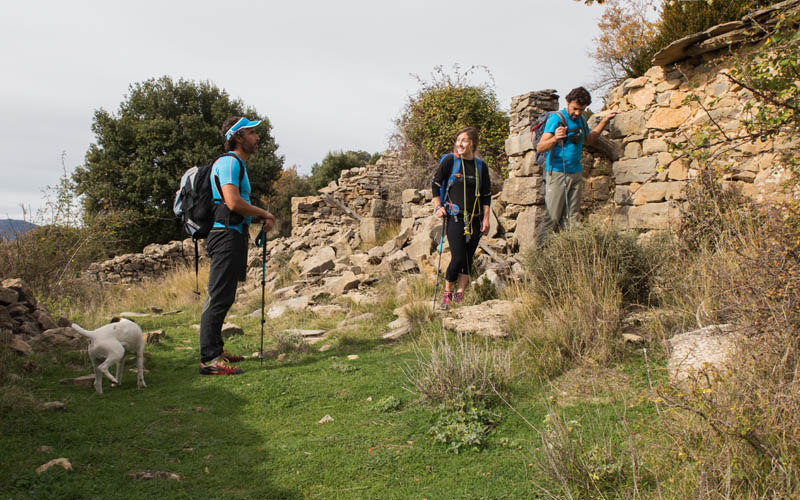 Getting to know and enjoy the most beautiful places through a wonderful experience. With this activity we want you to get closer to nature and learn about the area through its heritage, culture and customs.